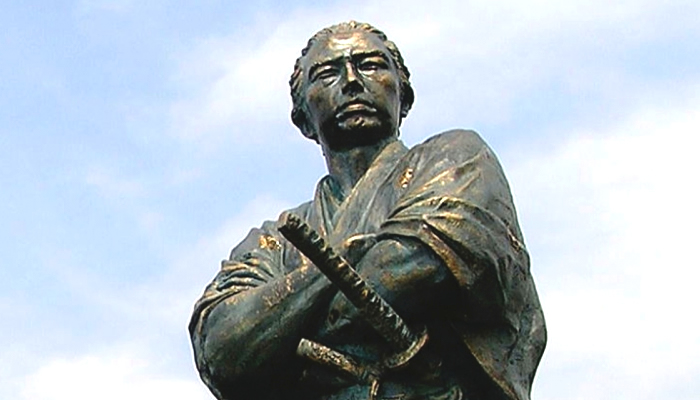 It was broadcast on TV Tokyo on Monday March 6th, 2017.
“Walking Journey along the Road of History with Tomoko Fujita: Walking from Nagasaki to Hirado, on the land connected with Ryoma Sakamoto (a well-known 19th century samurai who was influential in bringing about the Meiji Restoration and the modernisation of Japan).”
The broadcast blurb follows thus: “More than 150 years after the death of this hero from the last days of the Edo era (1603-1868), Nagasaki is now in the spotlight.
This week, we are walking from Nagasaki to Hirado on the land associated with Ryoma.
Along the journey we relish encountering foreign cultures and seasonal tastes!”
Within that broadcast, regarding the Bunjiro Higashi Furukawacho Branch, they said “We ate exceptional breaded pork cutlets out of the rarely-seen Kameyama ceramic wares that Ryouma loved!”